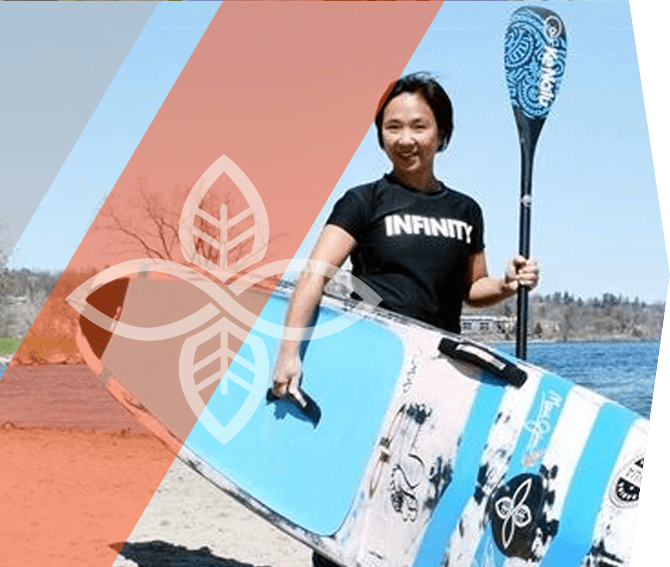 Stella started stand up paddling in 2011 and has only recently decided to jump into the racing scene. In 2017, her very first race was an indoor event at the Toronto Boat Show, followed by the Harbour Island course at the Carolina Cup. Last summer she participated in one of the local Ontario SUP Series Events where she took first place in the Open Race category. In 2018 she returned to the Carolina Cup, finishing on the podium with a 3rd place finish.  Her plan for 2018 is to participate in a couple more of the Ontario SUP Series events, a 50km (32 miles) Lake Ontario Crossing in July, and to head out west to Infinity SUP home turf and to participate in the Pacific Paddle Games (PPG) in the fall.

A true SpeedFreak at heart, Stella is on the water almost every day working on improving her technique to be an efficient paddler and to make her Custom Blackfish go faster. 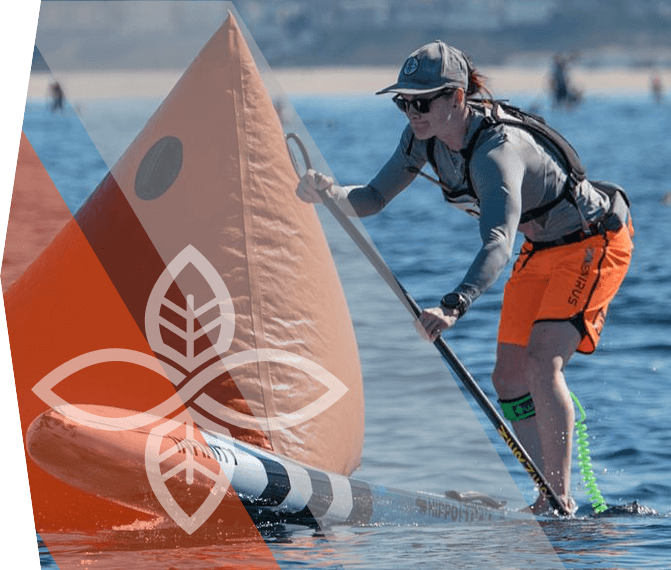 Relatively new to the SUP world, Genna is known for two things: A fast sprint/start and an angry look on her face. But don’t let the angry look and tattoos scare you, she is probably singing a terrible pop song in her head and smiling….on the inside.

In her second year of racing and sup surfing she won the Canadian SUP Surf title and earned her spot on team Canada for the 2017 ISA’s in the technical, sprint, and SUP surf events. 2017 took her to two stops on the Eurotour, earning a 3rd place in the spring race at Hossegor and a top 10 finish in the technical and distance. In Denmark, at the ISA’s, she finished 8th in the sprints and 14th in the technical. To round out the year she finished 14th overall at the highly competitive Pacific Paddle Games. 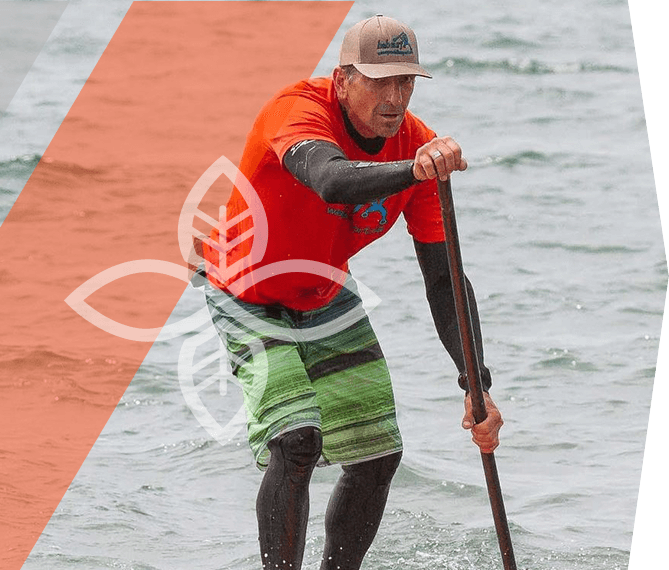 I’v been enjoying the SUP seen for the get go. My brother and I started up a small SUP import company B&B SURF that designed recreational, river surf and race boards for 4 years. I have always enjoyed Sup racing trying to get faster every year. Past few years racing the Carolina Cup I have managed a third and second place finish in the 50-60 category behind the likes of Larry Cain and just ahead of Jim Terrell the second year. It was great racing with Jimmy down inter coastal. This year will be weekends of SUP racing here in Ottawa, Toronto, Montreal, and New York and Vermont.

I am very excited to be racing with the 14X23 Infinity Blackfish this year. I know having this board under by feet will give me the speed I need to make the podiums this summer. Hope to see you on the line this summer. Maybe I will let you try my Blackfish. 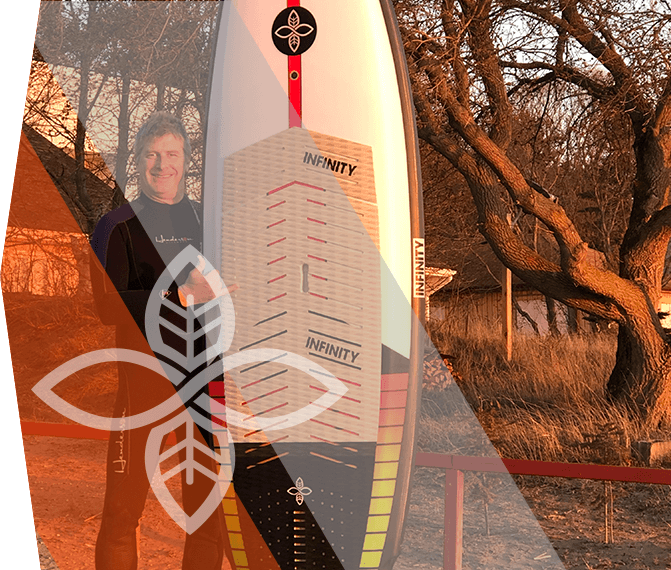 When Mike was a toddler, if there was a puddle nearby he would find a way to ‘accidentally’ fall into it.  Not much has changed.

As a youth, Mike was fortunate to extensively paddle the waterways of Algonquin Park and the North Shore of Georgian Bay.  Time off the water was filled with skateboards and dreams of the perfect bowl.

In 2013 Mike was certified as a PaddleFit instructor and has been sharing the stoke for SUP ever since.  In 2016, at 50 years of age Mike caught his first real wave with the folks at Nosara Paddlesurf.  Mike’s obsession for chasing waves and tolerance for ice-cold water has grown every season since then.  In his words: “Best midlife-crisis ever!”. 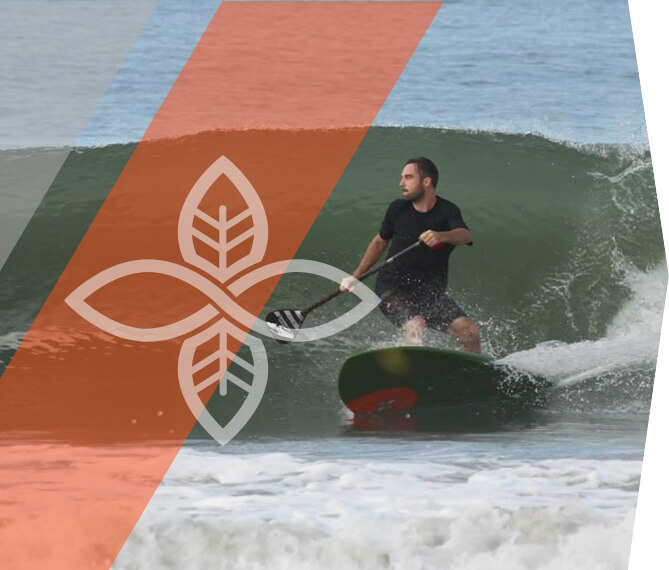 Josh Gordon is a Great Lakes surfer from Ontario Canada. A passion for skateboarding and snowboarding from a young age led him to surfing and SUP. Josh is a pioneer of SUP Surfing on the Great Lakes and continues to develop the sport through his work with the Canadian Surfing Association, the West Shore Huron Classic surf competition, and the Kincardine Surf Club. To beat the Canadian winter blues he often takes trips to warmer climates and has dedicated years of SUP and exploration throughout the country of Nicaragua. Josh represented his home country of Canada at the 2014 ISA World SUP games. He continues to help develop the Stand Up Paddle scene on the Great Lakes and will be competing throughout 2018. 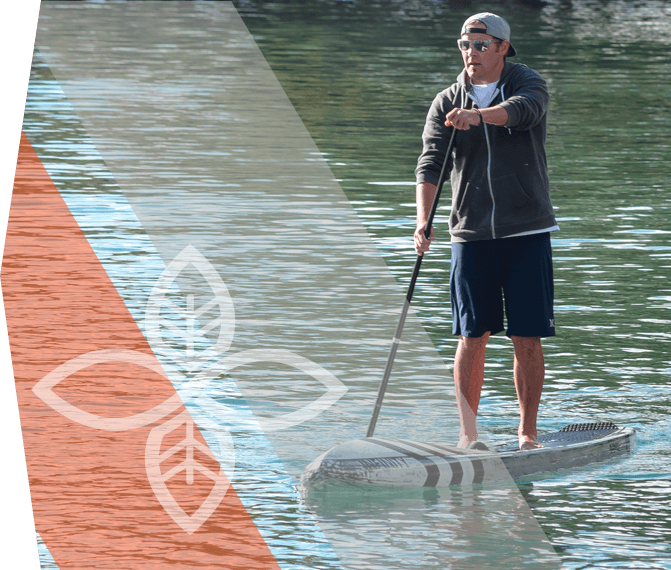 Started SUP in 2011 on a 10’6 all rounder and since then have been hooked. Simply enjoy the lifestyle the sport has allowed me have, from sleeping in my truck and SUP surfing in Tofino to hitting up random lakes and being the only person on the water. Started getting more into racing in the last few years and it’s been great. I have met some awesome people, paddled some cool places and have had some good finishes, but always looking to be better and get faster…que the blackfish. Looking forward to travelling to events in Alberta/BC and just being on the water paddling with friends and family. See ya on the water.