A total of 25 paddlers made it to the start line Sunday morning, with representation from B.C., Alberta, Ontario, Quebec and Florida. Each paddler/relay team had the support of a dedicated escort boat. Races of this magnitude are for the most committed paddlers, and getting to the start line is often half the battle with training demands, escort boat requirements and nutrition.

Lake Ontario crossings of any variety are steeped in history after Marilyn Bell’s historic 1954 swim. 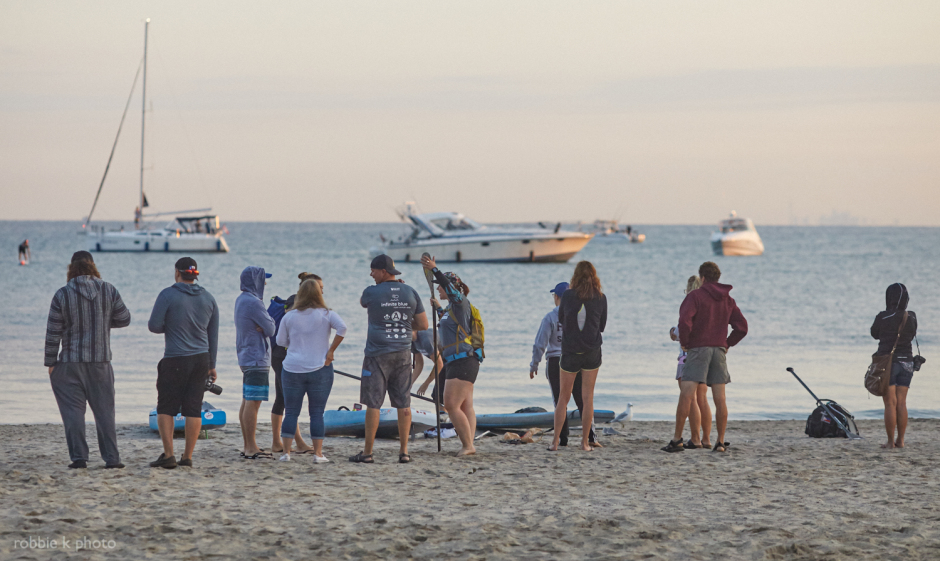 After a heavy northwest wind washed out Lake Ontario on Saturday, paddlers woke up to nearly perfect conditions on Sunday, with a light southwest wind building through the day, providing quartering downwind conditions for most of the crossing. Current and boat chop made for a tougher slog on approach to Toronto Harbour, as is often the norm. In Hawaiian tradition, paddlers ask for permission to cross major bodies of water—that permission was granted on Sunday.

The great variability of conditions on the Great Lakes is one of the biggest challenges, both mentally and physically, of this crossing. Paddlers must train and mentally prepare for flat water, headwind, downwind gliding, rolling 4-foot swell and everything in between. As a result, the mellow and near-perfect conditions were a welcome relief. 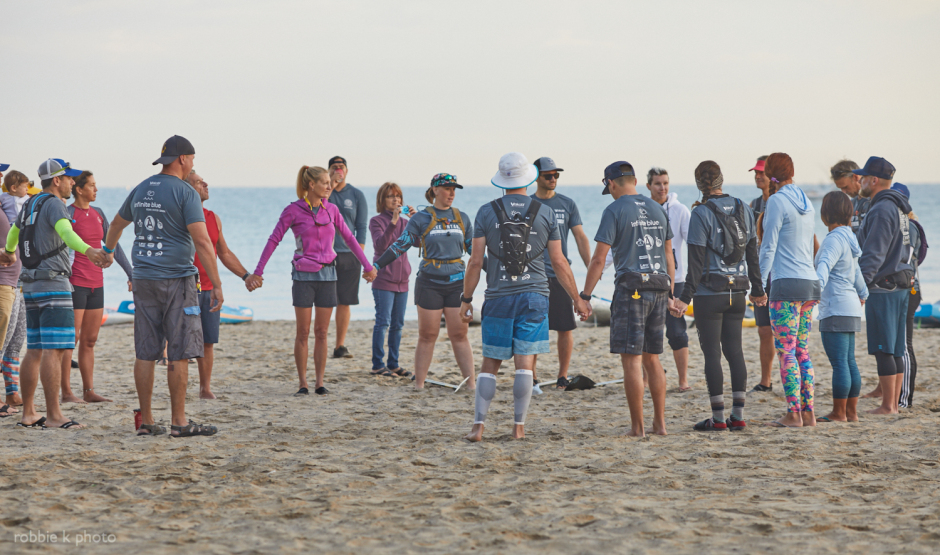 In 2017, John Turkstra was less than 3 km from the outer harbour before being forced to pull out because of an escort boat issue. He earned redemption in 2018 finishing the crossing in 7 hrs 35 mins. 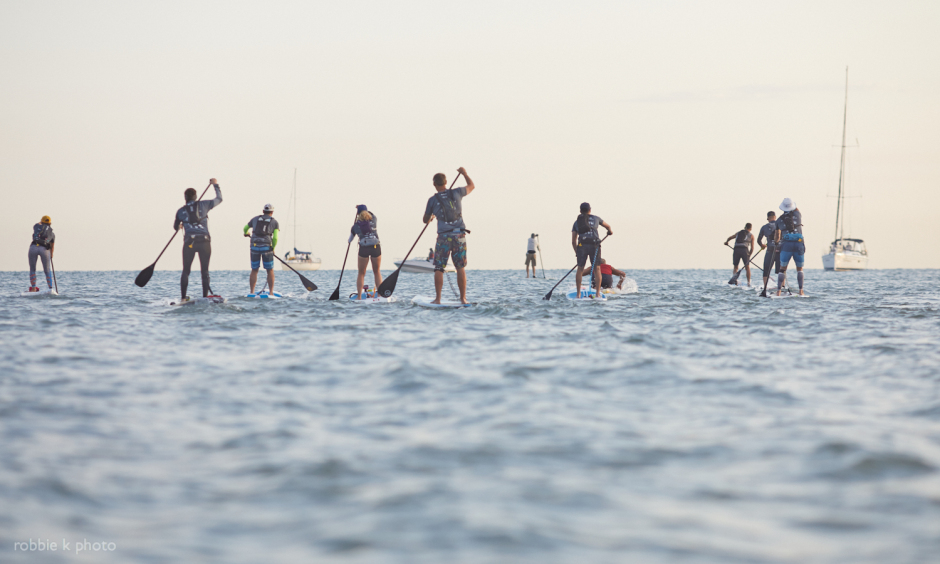 The Lake Ontario Crossing Paddleboard Race is sponsored by Ausmosis Board Craft in Port Dalhousie, ON. Infinite Blue (Ottawa) also provided substantial support. Twenty Valley Media was on hand to live stream portions of the race. The event is sanctioned by the OMCKRA. Thank you to all volunteers, including the Toronto Paddle Club, who stepped up to make this ambitious event possible. 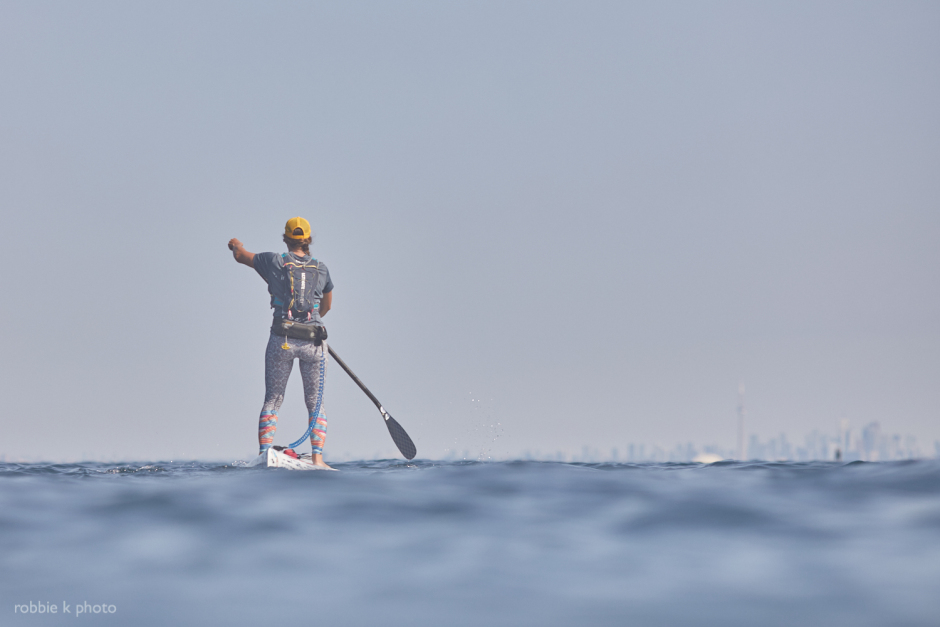 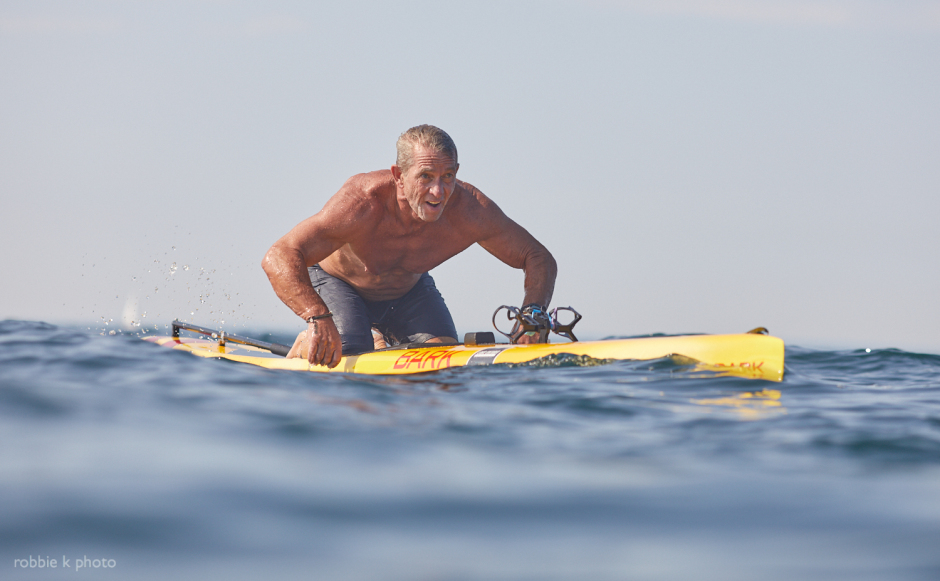