Infinity is known for our custom performance designs. We are proud to offer some of our most versatile and popular shapes in top of the line Carbon SUPspensionTech construction. Extremely durable, light, and still has that custom
flex in the ride. These look and feel like our custom shapes.

SUP shaper Dave Boehne refers to his latest creation as a “performance easy rider” as this board is as the name implies. Stable (wide) and Fast (speed). Not the most creative name in the world but it gets to the
point quick! We went at designing this shape as to asking the question: “what can we do to make a very stable board offered in some of the most generous sizes we have ever offered and maintain that performance gain
that Infinity is know for?” 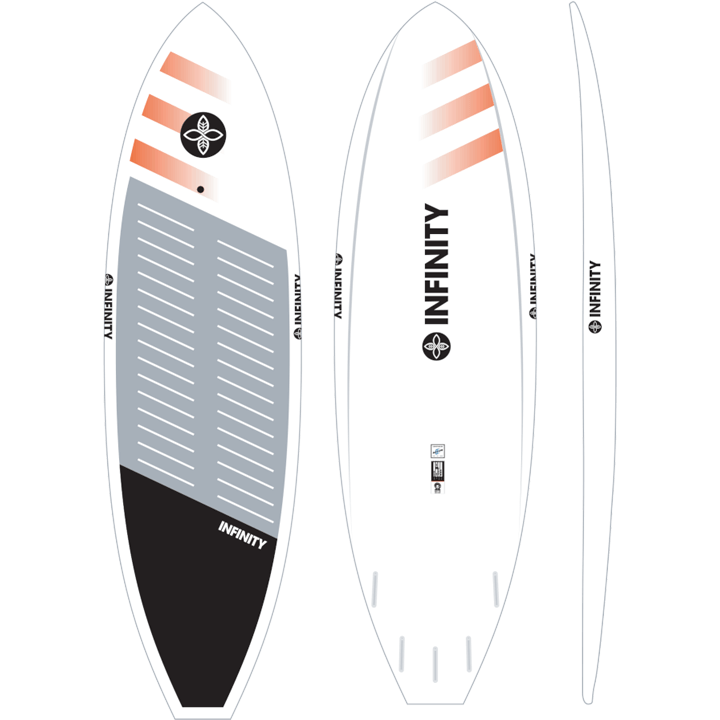 Originally Introduced as a design collaboration between SUP wonder boy Giorgio Gomez and Dave Boehne, the BLINE has been quickly adopted but the 5x World Champ and Giorgio’s sister Izzy Gomez.

The B-Line takes the razor sharp shredding from the Blurr and borrows stability characteristics from the RNB to make up a fast, explosive, tour level ride. The nose is slightly wider than the Blurr and still comes to a
point. The outline keeps linear for added stability and we break that at the fins with a wing for great pivot off the bottom. The B-Line has a slightly more relaxed rocker in the front end making it very fast and added
ﬂip in the tail rocker for release when you want it.

Both Izzy and Giorgio surf fast, explosive, and tact sharp. The B-Line gets him there. 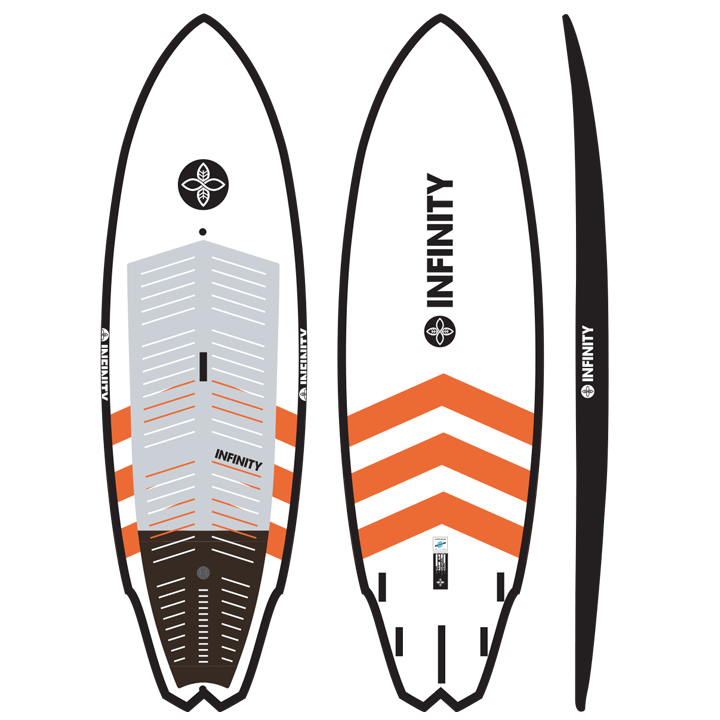 The Round Nose Blurr is one of our most popular performance surf designs of all time. Perfect blend of performance vs stability and a noticeably FAST board. This design bridges the gap between a traditional “shortboard”
style outline and the “tomo” inspired parallel rail boards. This board allows riders to ride a shorter and narrower board while maintaining similar stability of a board 1-2” wider. Features a slight single concave and a
deeper double between the ﬁns. Very versatile in the small stuff and can mix it up in some juice as well with the 5 ﬁn option. 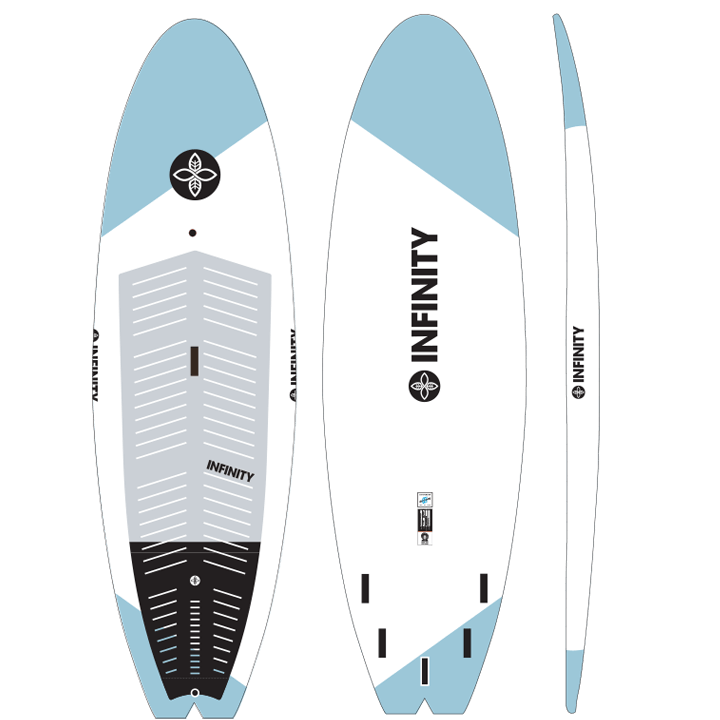 Performance Longboard SUP’s are some of the most fun designs to ride.  The New Deal is a performance longboard shape un-like any other. Thin rail profile and concave like a short board underneath. Make no mistake these
boards are not cruiser boards, they feature a pulled in tail and grippy mini wing in front of the back fin. These are performance tuned shred machines. Fast and responsive off the tail and locked in nose rides on the
front. You will not find any production “performance” longboard shape offered in such progressive dimensions. Why? Because these are different and ultra lightweight. Full carbon SUPspension TECH construction along with
the overall performance design allows for a ride like no other. 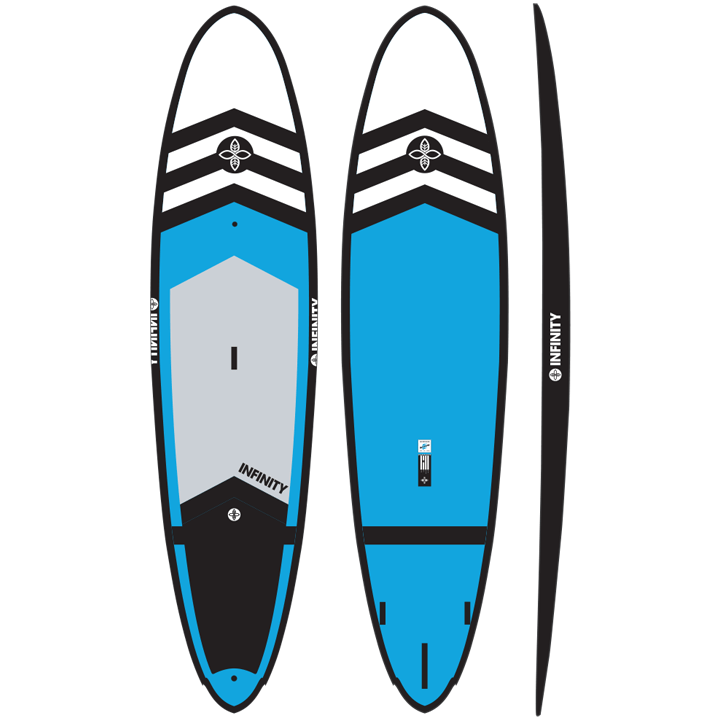 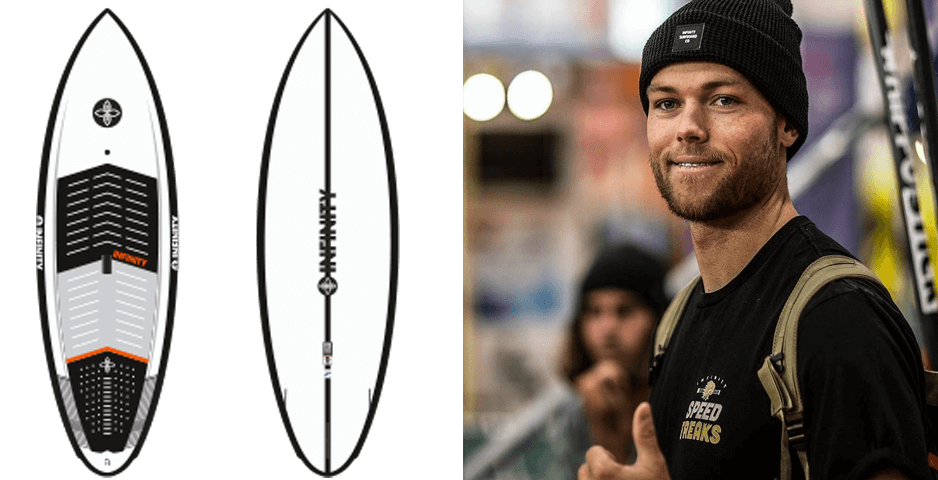 Dave Boehne has brought back an original favorite in the BLURR performance surf SUP with the highly anticipated V2. The BlurrV2 incorporates a new SUPspensionTECH carbon construction to promote flex and work in
conjunction with the new “step” rail design. This board features a single concave, pulled in tail template w/ a wing pin tail taken from the New Deal. This board has lots of pivot off the bottom and seamless carve style
ride under the feet. The new step rail provides hidden volume in the center of the board and takes thickness away from the rails allowing for a low aspect shortboard style rail in the water. This step also creates
strength corrugation which we worked on a new SUPspensionTECH construction to promote flex back into the ride. The BLURRv2 dims sit right in between the RNB and Bline. As you can see, the sizes are not quite as
aggressive as the BLine and not as generous as the RNB. The rocker is also not as low as the RNB and not as curved as the BLine, it has more of a moderate traditional rocker which makes for predictable transitions and
speed. Watch Kai Lenny and Dave Boehne himself compete on the BlurrV2 on the APP World Tour in 2018. 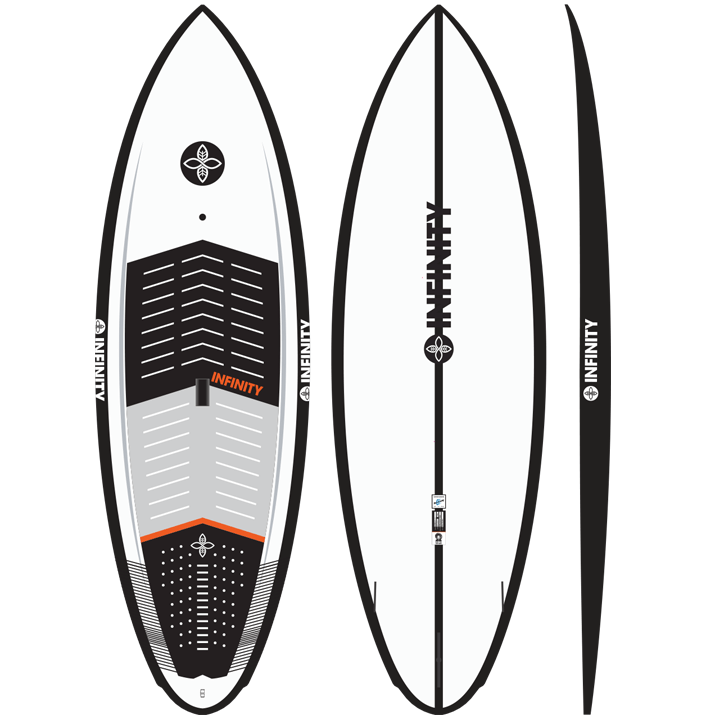